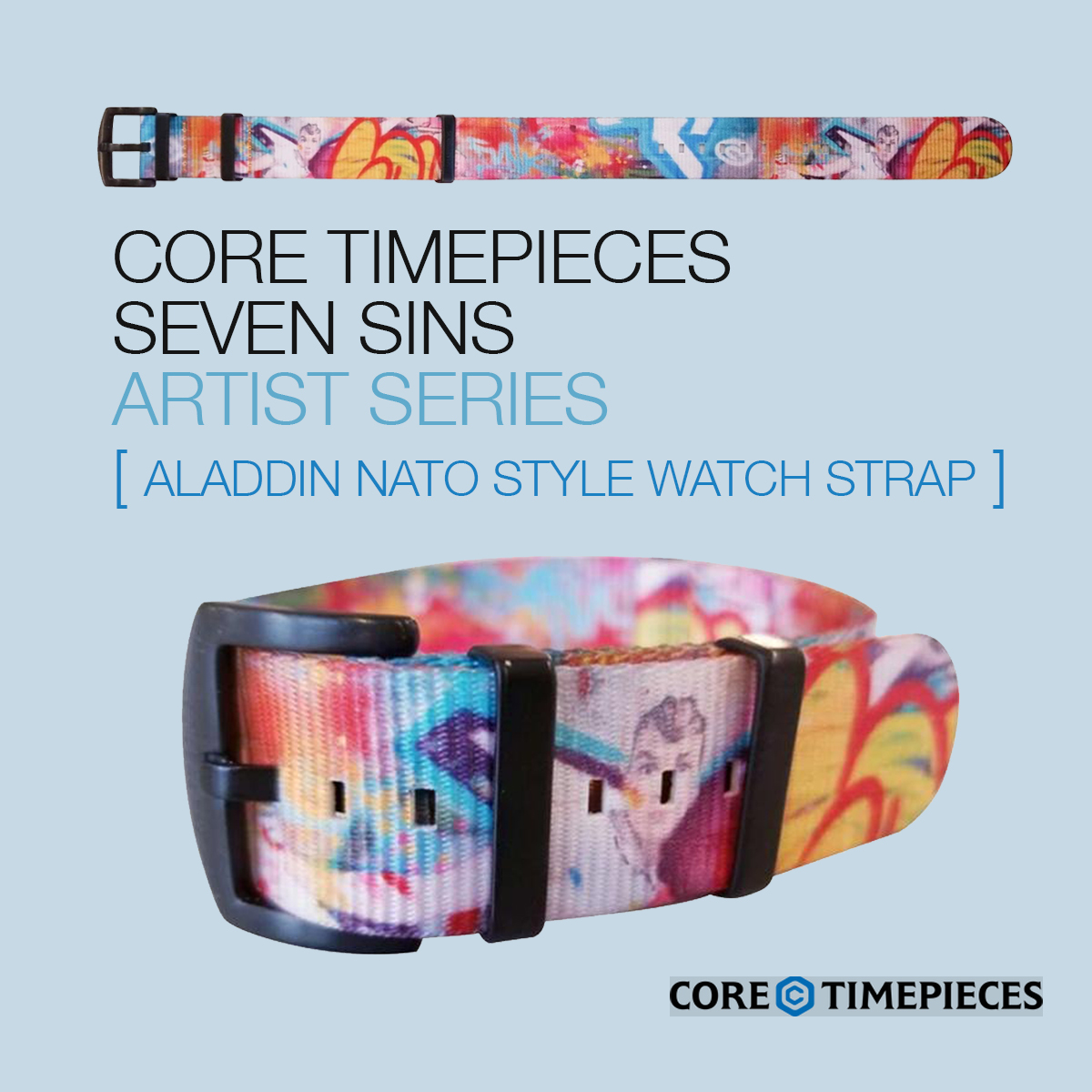 Innovative watch company Sharp Bros. collaborates with Legendary Street Artist Aladdin to create a one of a kind Seven Sins Timepiece watchstrap. The watchstrap collectyors edition embodies an actual canvas from one of Aladdin’s original pieces.

The bartender, wearing a Mickey Mouse watch, stopped mixing the cocktail to check his Instagram alert.

I thought right then and there Idle hands are the Devil’s playground. I realized everyone these days is glued to their screens worshipping on social media. No one is living their lives on their own. It was then that Kerim and I created CORE.

CORE TIMEPIECES was born alongside of the Seven Sins watch. The watch today, has become a cultural icon that provides simplicity, style and craftsmanship. It creates a relationship with time; never ending, always progressing. We want to grant people the power to narrate their journey through time. Euphoria, confusion, anger, and ecstasy all encapsulated between the ticks of the hands.

THE DESIGNER
Stephen Conti
Creative, trouble-maker
25 years in the creative field, growing up with graffiti, punk rock, and a wise-ass attitude on a spiritual path has taught me that the mind is a terrible thing to taste.  I hope this watch will destroy the duplicative notion of the current culture. This watch was born out of style, rebellion, and humor. It has become a moral compass used to steer me through the day. Many times, I have looked down wishing, hoping the sin changed. Ever evolving, ever growing…… Always learning.

THE INNOVATOR
Kerim Kfuri
Innovator, Manufacturing Guru
With an eye for innovation and the guru of mass production, quality control, and logistics was able to see the potential behind the idea. So the journey began. 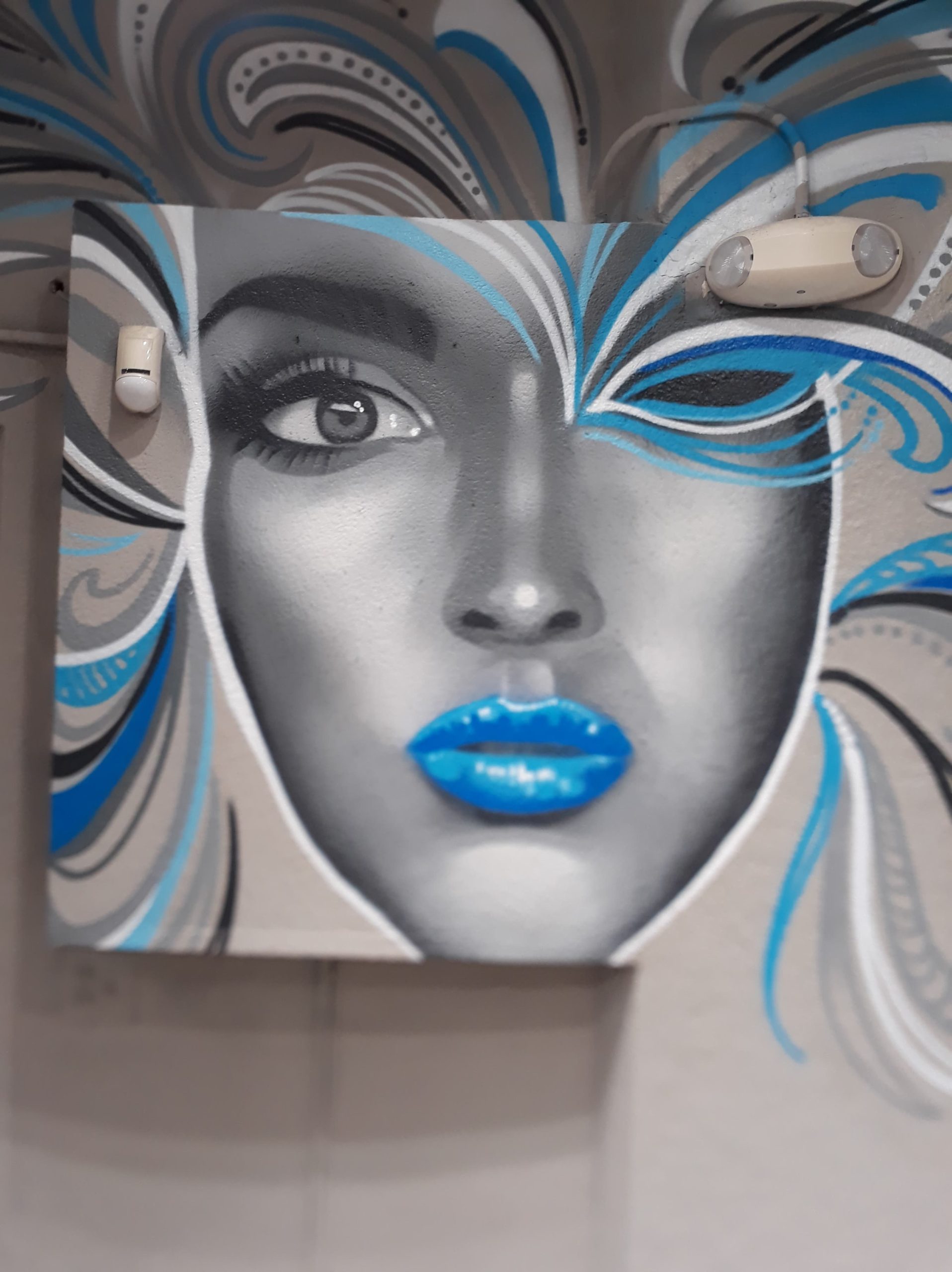 Interior and exterior murals painted for this talented hair Stylist. The salon painted with salon is located in Wynwood. Drop by for a fabulous style, color or cut, and I must add… the visuals are stunning as well!

I have since been called back 3 times for 3 different murals! 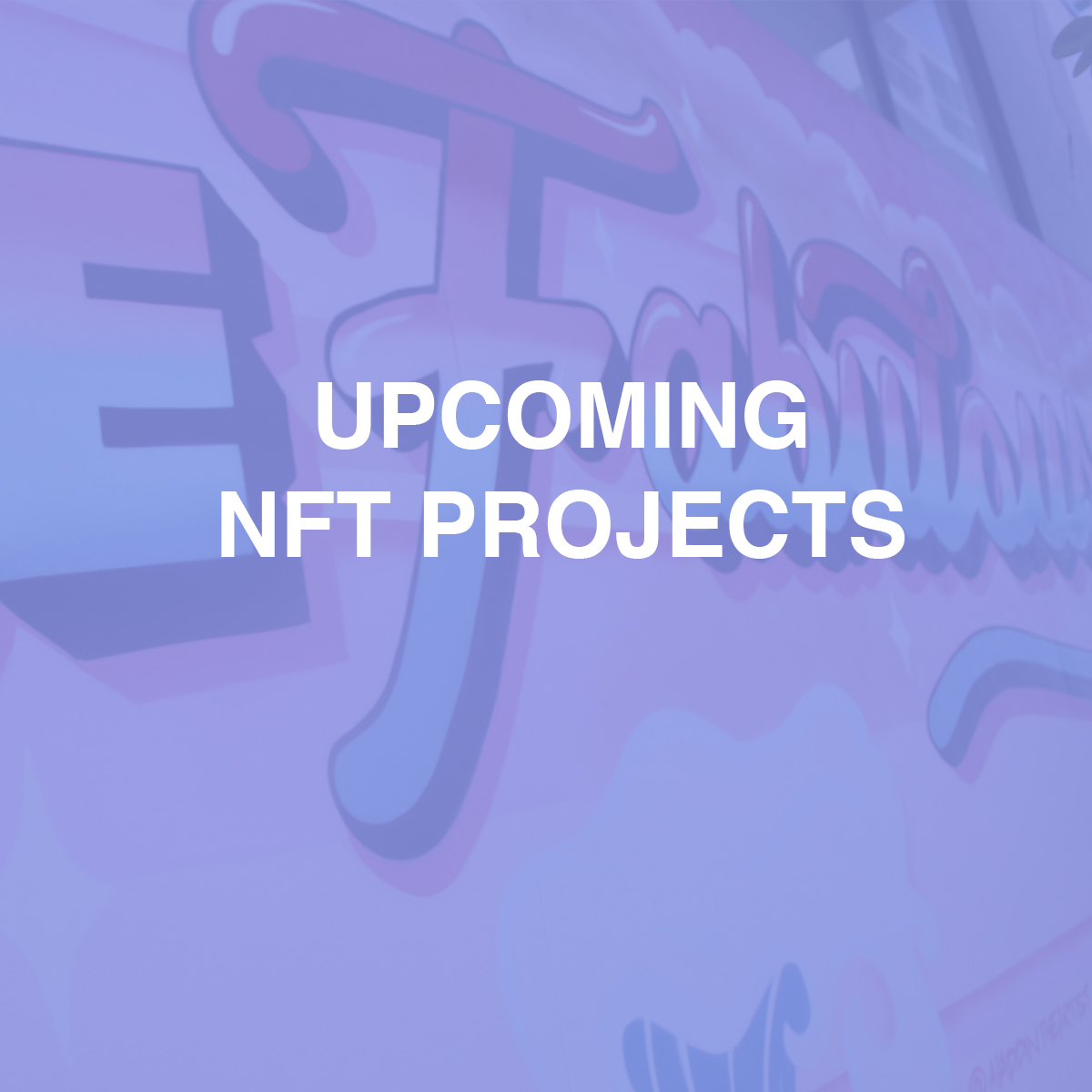